Our next live stream is in My husband Paul and I pastor the Spanish ministry of The Rock called La Roca. I oversee our worship team and lead worship Sunday mornings as well as participate in our weekly women’s ministry meeting, WomenRock. I also offer spiritual guidance appointments for Spanish-speaking women, but my biggest and most important life assignment is raising our three children, Ethan, Gabriel, and Abigail.

The biggest question I get is, “How do you know Spanish?” I was born in South America to American missionaries, so even though I am American (and spent most of my childhood and teen years in the U.S.), I have my roots in Spanish ministry. I grew up in Las Vegas where my parents pastored both Spanish and English congregations, and I graduated with a BA in communications from UNLV. When my Dad brought in Paul to be our youth pastor, he filled an urgent need for our congregation … and a place in my heart too! We were married in 2001.

Singing came early for me. I starred in my school musical in the sixth grade, joined the worship team at age 14, started leading worship at age 21, then later recorded a solo album titled “Vuela Como Aguila” (which means “Fly Like an Eagle”).

When we first moved to California and joined The Rock in 2004, Paul and I immediately got involved with the worship team. I sang and he played bass guitar. The Spanish ministry started in 2006 and has grown rapidly ever since. On an interesting side note, I led worship for our first service on June 25, 2006 and immediately went in to labor. Our son Gabriel was born June 26, 2006! At the time I was birthing in the natural, our church was birthing something beautiful too - our Spanish ministry, La Roca. All glory to God! 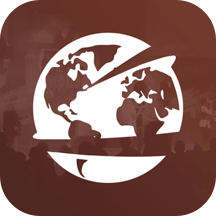 Watch and listen on your favorite device.